Print
Get More Information
You are looking at a 1984 Audi Ur-Quattro finished in Alpine White with Chocolate Leather.  This car is an outstanding example of one of these cars.  In 1984 there were a total of 64 imported to the United States.  This car was one of the USA production cars built in January of 1984.

If you are looking at this car, then you are most likely familiar with the history of the Ur-Quattro and how it came about production for the Groupe B Class of rallying of the 80s.  The manufacturer was purposed with pushing the technology and mechanicals to the limits of the day and produced some of the most powerful and sophisticated cars ever seen.  At the top came Audi with the limited production Ur-Quattro, which came to completely dominate the Groupe B Rally World.  With all-wheel-drive, close to 500 hp and employing legendary drivers like Michelle Mouton, Walter Rohrl and John Buffum to name some, Audi took on the Rally World!!

A very unique items with this car are its autographs that are located on the underside of its hood.  Signed by the American World Rally Champion, John Buffum, famous rally driver and builder Bruno Kreibech and the leader of the Audi Quattro Racing Department during the 80s and 90s, Frank Sprongl.  These can be seen in the photo gallery.

Utter dominance of the Groupe B Class, it was so complete, the cars so powerful, that it led to the end of the Groupe B Class as the cars became so fast that they put spectators in danger.  Fortunately for us mere mortals, Audi was required to produce a limited number of street versions of these exotic cars to Homologate them for race use as a requirement for qualifications for Group B.  Only a very limited number of Audi Ur-Quattros were produced and even fewer were imported to the United States.  For US production, there were 238 produced in 1983, 64 produced in 1984 and 73 in 1985.

Bought by myself on March 29, 1998 from its original owner from Massachusetts who bought the car from Annis VW/Porsche/Audi in March of 1984 and had driven the car 116,000 miles as his daily driver over those 14 years of ownership before selling the car to me.  He loved and cared for the car during his ownership and having all invoices dating back to March of 1986, it shows.  During my ownership, the car became a feature being used by Audi of America as a display car in several events including the famous Mt. Washington Hill Climb.  I continued the care and love for the car during my ownership having several upgrades performed on the ECU and engine, a big valve head, Dialynx Header, converted water cooled turbo, plus many additional items that can be seen in the included invoices.  In 2001, I sold the car to a good friend and my Service Manager who had loved the car from the day I bought and was what ACTUALLY brought us together.  He drove the car for a few more years and eventually tucked it away in his shop under a cover.  In the fall of 2017, he called me and asked me if I wanted to purchase the car back from him.  Without hesitation, I said yes.

So, after sitting for almost 10 years, it was time for the car to have a complete mechanical overhaul.  Now with approximately 144,000 miles, the engine was pulled.  We did rings and bearings and examined the pistons and rods to make sure they were still in excellent condition.  A timing belt and water pump, new silicone hoses and new radiator were also installed along with a host of other parts.  The car also received all new brake pads and rotors, new Milltek cat back stainless-steel exhaust.  The 15 x 8 Ronal Wheels were sent out and refinished and then a new set of 225/45/15 BF Goodrich G Force Revival Extreme Performance Tires were mounted and balanced.  There are so many other items to mention included new CV Joint Kits, fuel pump, rear wheel bearing, trim pieces, new exterior door handles and the list goes on.

The interior remains in excellent condition and all original.  Everything works as it should, and as the pictures show, very little wear is visible on any surface and the unique diagonal stitching on the seats, door card and headliner make this interior truly unique.  The very rare 1984 dash (one-year production only) has no cracks, all glass is free of scratches and is correct and the carpets look almost new with their brand-new Coco Mats as a nice accent and the headliner has no sagging or discoloration.  The gauges all work properly, and the window motors are quick and work perfectly.  As the pictures show, there is nothing to really pick on as a negative on this interior.

The exterior is equally as nice with the paint showing good shine and depth.  A few panels have been painted over the years, but they match and blend very well with the entire car.  There are a few small marks that can be found, one on the front right fender by the small marker light, one the driver door by the door handle and a few more small marks overall that can all been seen in the photo gallery.  The rear spoiler is the correct matt black factory spoiler in outstanding condition with no splits or cracks.  The Headlights are a European conversion flat front (period correct for 1984) without any cracks or wear and they light up the road much brighter than the US headlights ever did.  The trunk carpets are also extremely nice with a matching coco trunk mat.  The space saver spare has also been replaced with a new Continental tire.  The car comes with a binder with all invoices dating from 1986 to present showing all the new work, its original tools, jack, spare, books and a clean Carfax.

This car must be driven to truly appreciate. It pulls strong, feels tight and is just a pleasure to drive.  There is nothing like an original Audi Ur Quattro to bring you back to the world dominance of Audis Group B Rally Cars. 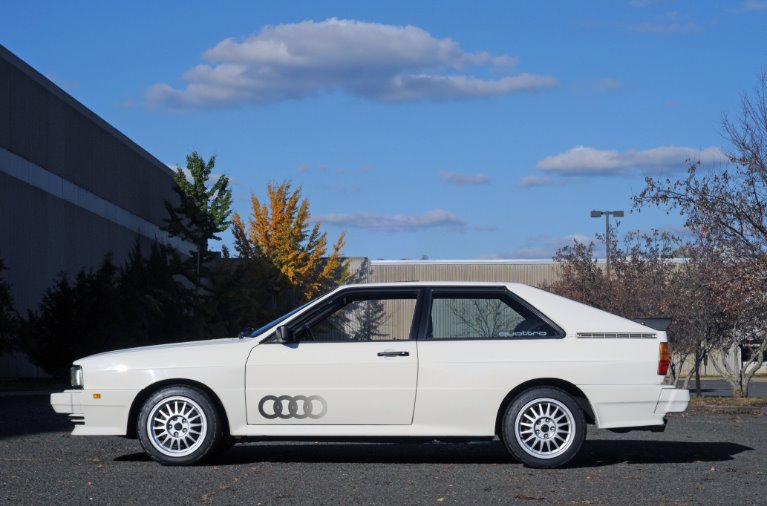 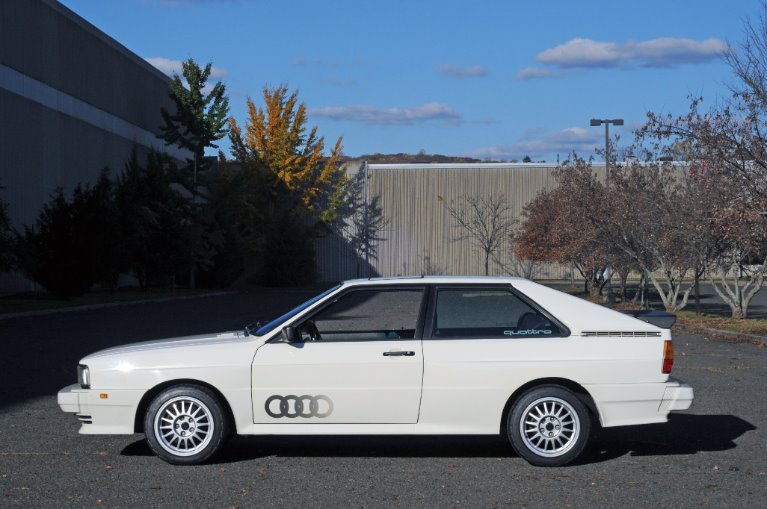 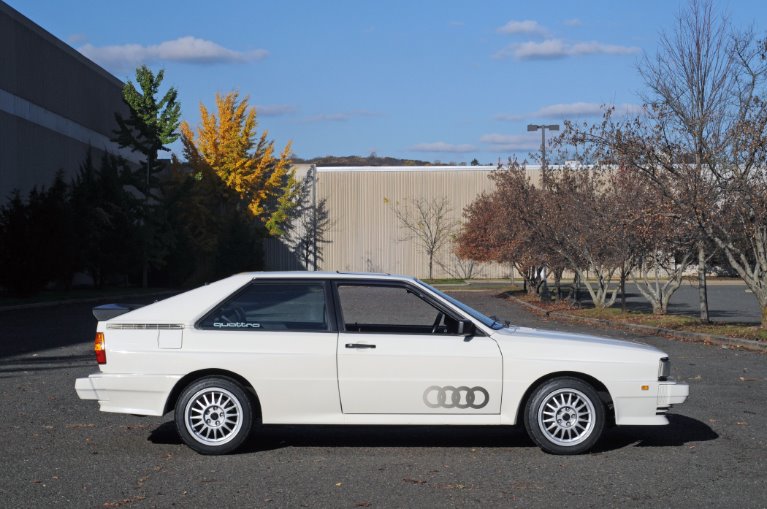 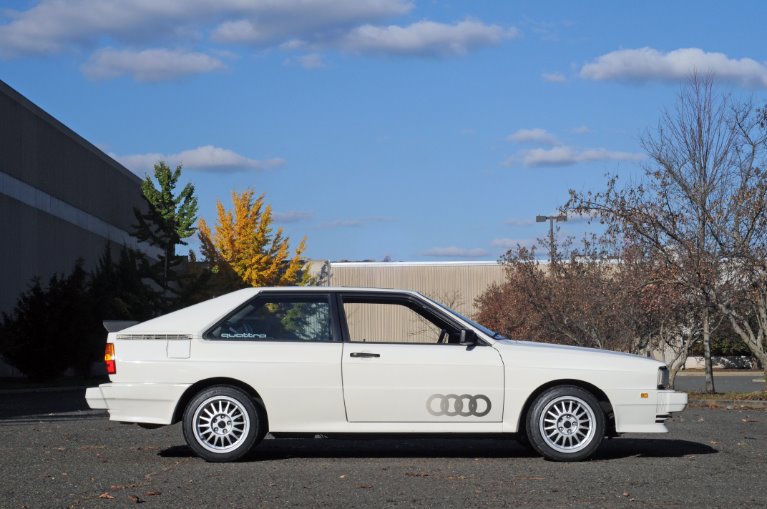 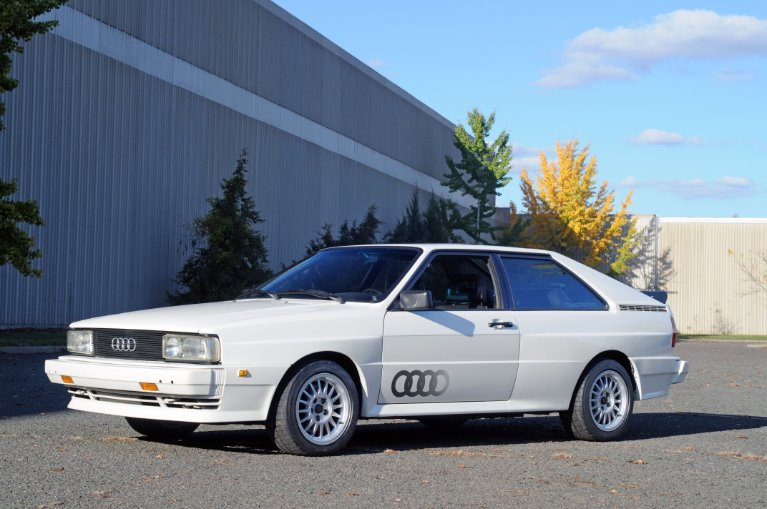 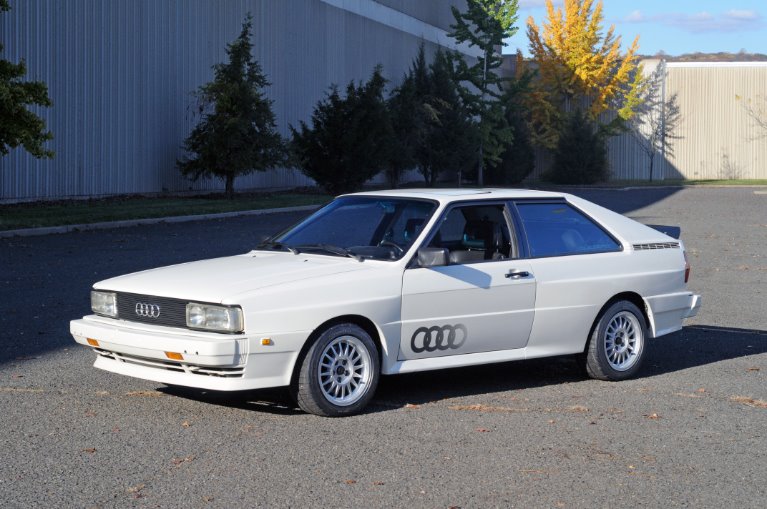 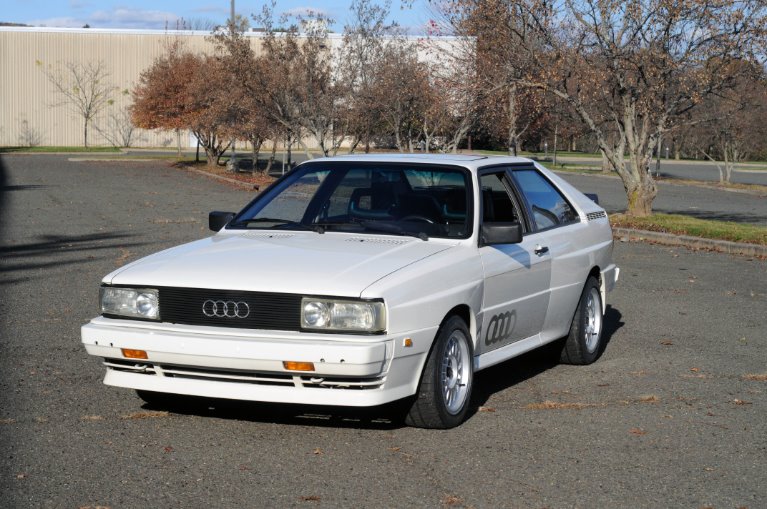 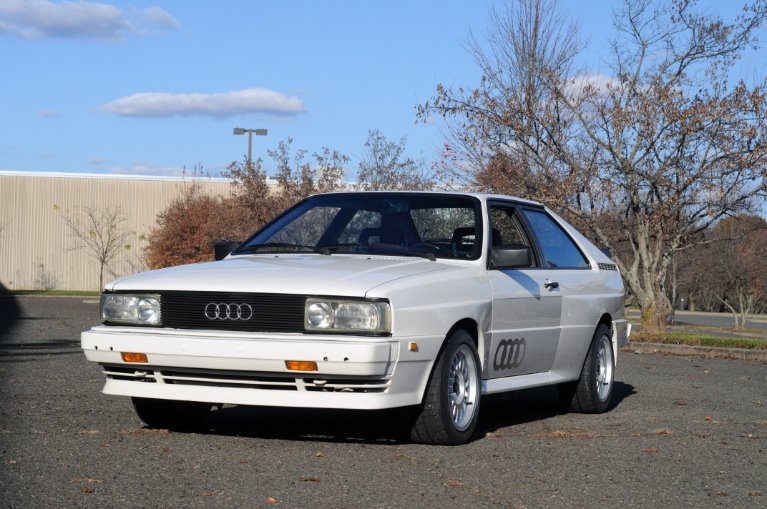