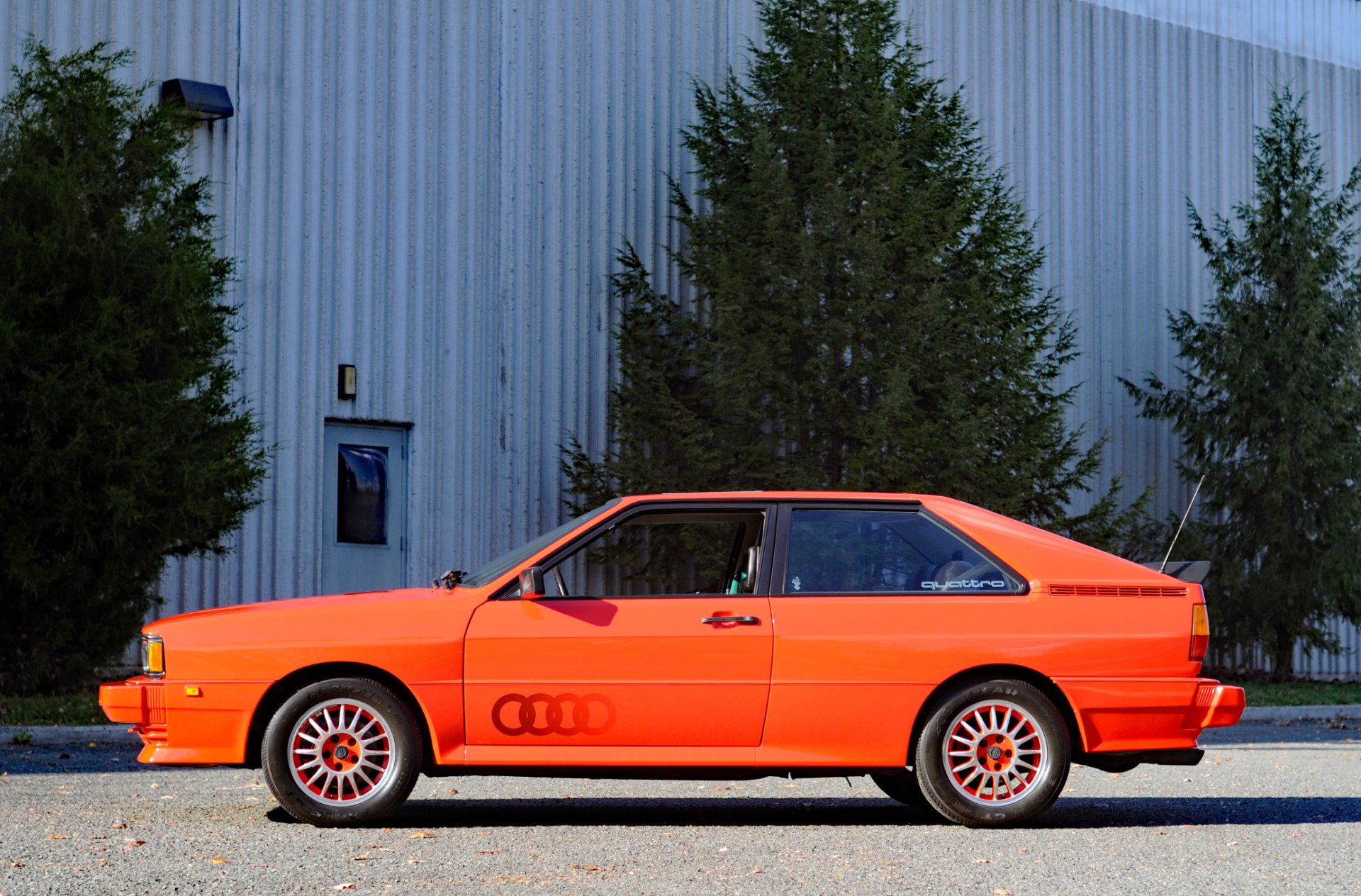 Print
Get More Information
By 1982 the European Rally Phenomenon had spread worldwide, and the Americans were mesmerized by this raw style racing.  Audi had started to dominate this scene and used it as a platform to show off their latest technology and product that was going to dominate the world in this class of racing.  With famous drivers like Michele Mouton, Walter Rohrl, and the only US World Rally Champion John Buffum racing for the factory team, it was now inevitable that the combination of the Audi Quattro and these drivers, that they would soon dominate the world in Rally Racing.

With their introduction of the most sophisticated All Wheel Drive System Quattro, Audi was proving their dominance in the racing world they needed to start the same trend on the streets.  With the introduction of new Audi Quattro in Europe in 1980, it was time for its debut in the USA.

This particular car was the very car that did exactly that.  It was the very car that was used by all publication and testing in the USA to show the American public that the Audi Quattro has arrived.    Shown to the public as an extremely limited production car to compete in the current world of sports cars, competing with the Porsche 911, BMW M6, Ferrari 308, with the exception that none could compete with, All Wheel Drive.  With a total USA production of 664 cars, this is a very early production car, produced in December of 1981.  Imported as a true US Production car with a US Vin number, and given to the media to drive, test and write about, the car comes with copies of Road and Track, Car and Driver, Motor Trend and Autoweek, all having a print article on the Audi Quattro and photos of this car.  It is also to said to be the advertising car for Good Year Tires when the launched the NCT Tire showing its grip with this car.

Probably the biggest claim with this car other than is magazine publications, Audi Launch car and Good Year Tire Add Car, it also became the personal car of the US World Rally Champion John Buffum.  The fame of Mr. Buffum as a driver, is truly amazing having been the most successful US rally driver ever, having won 11 National Titles and 117 National Championship Events.  He is also the only driver in the world to compete in at least one World Rally Championship event in 5 decades, 1960s, 1970s, 1980s, 1090s and the 2000s.  Still holding the cars title in John Buffums name, it was given to Mr. Buffum shortly after Audi was done using it for medial publicity, the feeling was if he was racing these cars and winning , he should also be driving a street version showing his complete dedication and affection to the Audi Brand.

In 1988, towards the end of the Groupe B Rally Class, John had moved on to other teams and forms of racing and decided to sell his special car to the well know owner of the largest Audi Recycling Company and major Ur Quattro collector, Shokan Coachworks owner, John Smith.  At that point, Mr. Smith to the prideful ownership of the vehicle and used it sparingly over the years, showing it at very few Audi events, a few ride and drives with fellow Ur Quattro collectors, but primarily keeping it in storage and hidden away.  Now showing a mere 24,521 miles on the odometer, this car is truly a time capsule.  Imagine if it could only tell its own stories of its history.

Finished in the unique and special Mars Red over Chocolate Diagonal Stitched Leather, it is the epitome of the 1980s Audi Quattro.  The car maintains its original interior and untouched engine bay.  Having one respray in the correct single stage paint, it still looks like it should be sitting on the showroom floor of the local Audi Dealer.  All items work as they should and when examined in detail, all trim pieces, interior and engine bay, look outstanding.  The unique factory Ronal 15 X 6 wheels have been refinished with Mars Red inserts and polished lip and spokes was reportedly done by Good Year so the wheels would stand out in their NCT Tire Add and they still wear the tires from that advertising campaign.  All fluids have been flushed and changed including the brake fluid, coolant, hydraulic fluid, transmission and differential fluids and fresh oil and filters.

It will also include a copy of the Road and Track, Car and Driver, Motor Trend, Autoweek magazines, an autographed copy by John Buffum of his biography In Like a Lamb Out Like a Lion, copies of the original title with John Buffums name, a letter authenticating the car from John Buffum and a press release on Johns Buffums US World Rally Championship and Photo. 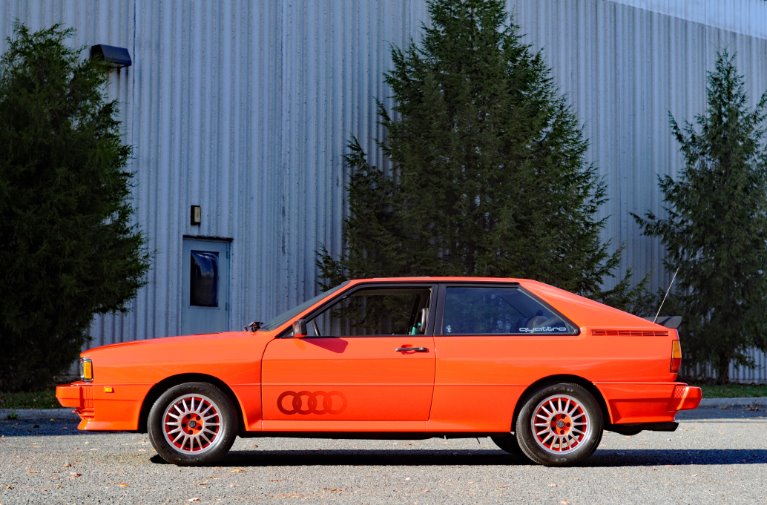 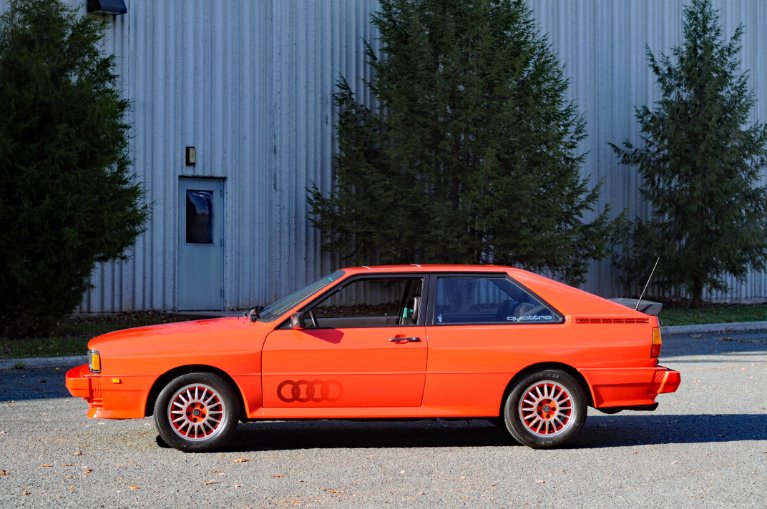 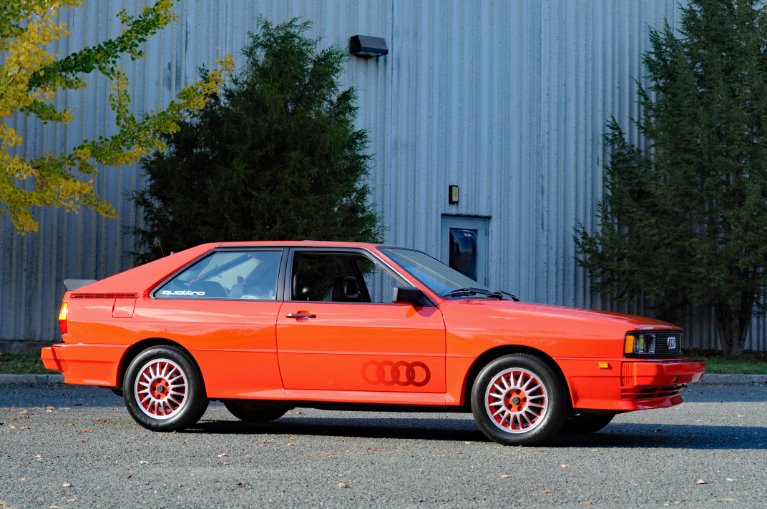 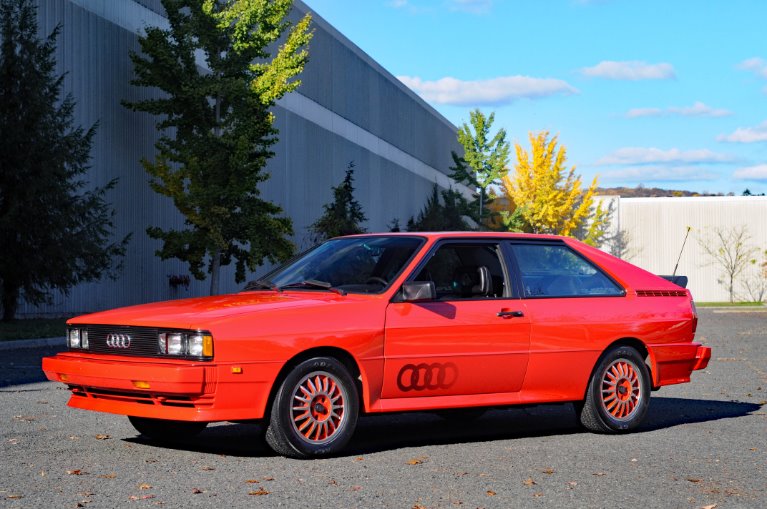 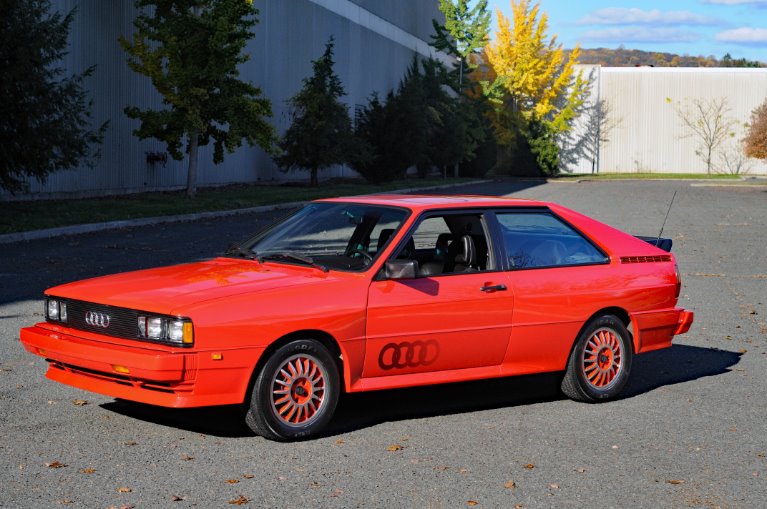 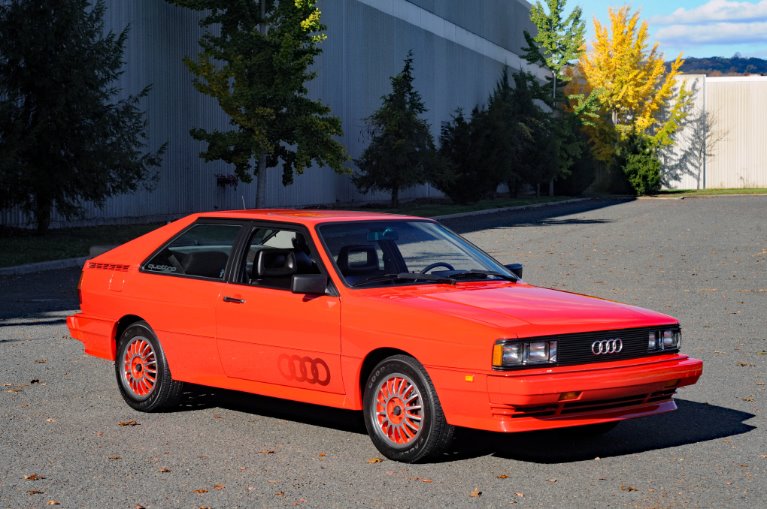 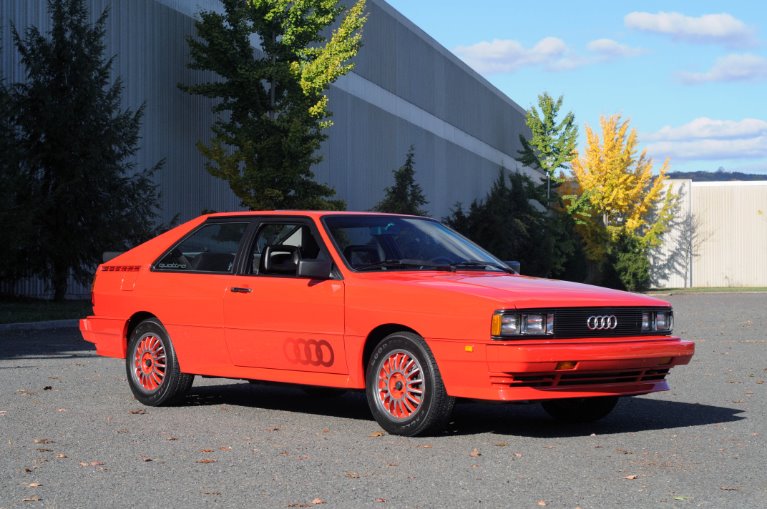