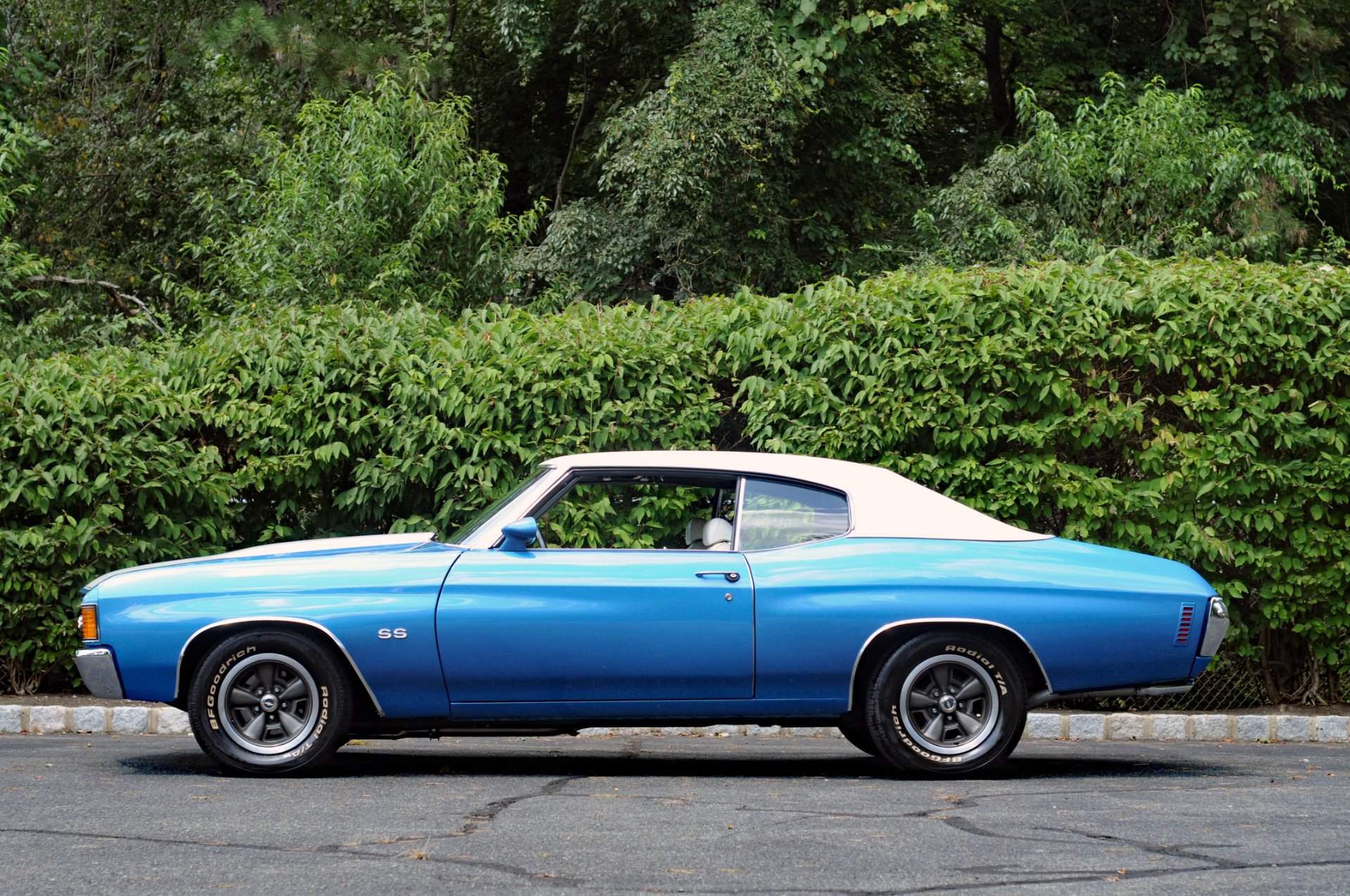 Print
Get More Information
There is nothing quite like the rumble of an American big-block V-8, particularly one with headers and a free-flowing exhaust. This 1972 Chevrolet Chevelle, in a fetching blue and white color scheme, was completely restored just a few years ago and driven only 8,000 miles since. With its 402-cubic-inch big block, four-speed manual, bucket-seat interior, and full instrumentation, its now equipped the way many quarter-mile speed freaks would have had it built when it was new.

Though still marketed as a 396 or 400, Chevrolets mainstay big-block engine had grown to 402-cubic inches in 1970, via a 0.030-inch larger bore. Though the calculations for SAE Net horsepower ratings pushed numbers down across the industry for 1972, this big-block's 240 horsepower and 345 lb - ft of torque were still plenty to get this A-body hauling. This numbers-matching 402 was rebuilt around 2015 and has since been driven 8,000 miles.

Originally topped by a Rochester Quadrajet four-barrel carburetor and exhaling through casti-iron exhaust manifolds, this big-block V-8 now sports a variety of upgrades installed during the rebuild. Among those are a Holley carburetor atop an aluminum intake manifold, tubular steel headers exiting to dual exhausts connected by an H-pipe and Flowmaster mufflers. An MSD 6AL electronic system handles ignition and a set of aftermarket chrome valve covers tops the V-8. No specifications of any machine work, internal components, or compression ratio from the rebuild were kept by the most recent previous owner.

Originally an automatic-equipped car, this Chevelle SS now offers its next owner the thrill of a proper four-speed transmission, believed to be a GM Muncie M20. The conversion included the proper-looking components for the center console. The 12-bolt rear end features a Positraction limited-slip differential.

Replicating the original factory finish, the Mulsanne Blue paint was reapplied approximately five years ago, according to the previous owner, during a complete rotisserie restoration. The cars body is nearly perfect without any noticeable blemishes or scratches. The car originally wore black stripes and a black vinyl top, but now wears white for both features instead.  All seals and weather stripping were replaced during the restoration and there is no evidence of water leaks, though the previous owner never drove it much in the rain to test those seals. The car also sports the correct five-spoke, stamped-steel wheels used on the Chevelle SS from 1971 through 1972, and the correct blacked-out SS grille. The domed hood with locking pins is another correct SS feature. Not a factory option, a passengers side sport mirror was apparently added during the restoration.

This Chevelle is just as sporty inside as outside. With Strato-bucket seats covered in White Elk Coated Fabric, a center console around the floor-mounted four-speed shifter, a sport steering wheel and full instrumentation, including a tachometer, water temperature, and ammeter, this SS certainly ticks all the right boxes on a muscle-car enthusiasts dream list. All those components mentioned above appear to be in excellent condition.  The factory-installed air-conditioning system functions properly as does the heat. Both the air conditioning and heat are functional, making this car a drive-anytime muscle machine.

As recently photographed, the car shows 73,997 miles on the odometer, which is believed to be accurate. The car will be sold with a current New Jersey title which shows mileage as actual. Only minimal receipts are available, including one for $1,329 for a rebuild of the air-conditioning system in the past five years. Owing to the complete rotisserie restoration being only approximately five years old, with some 8,000 miles driven since, the underside looks to remain in excellent condition, showing just minimal exposure to the road. 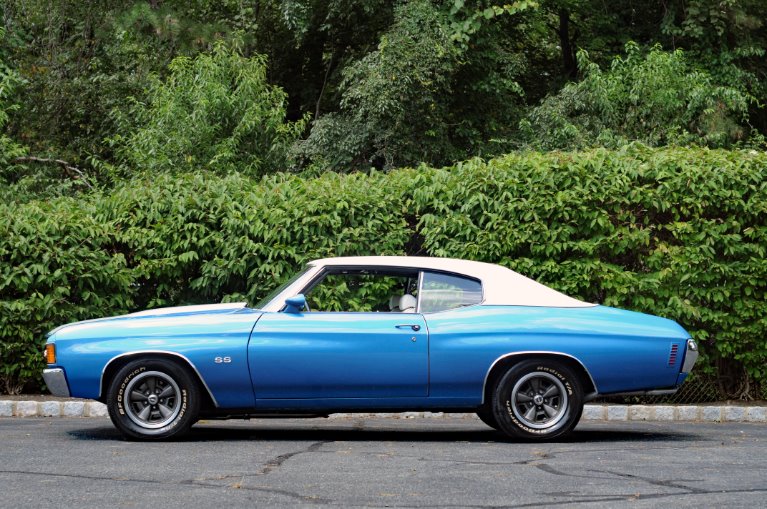 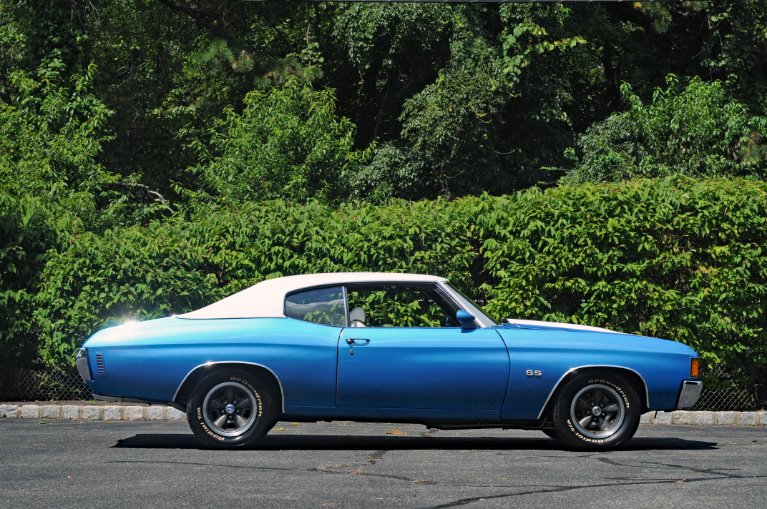 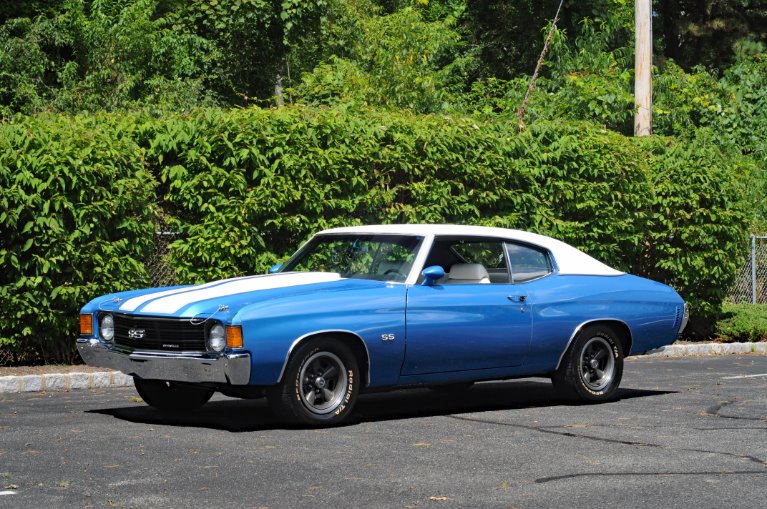 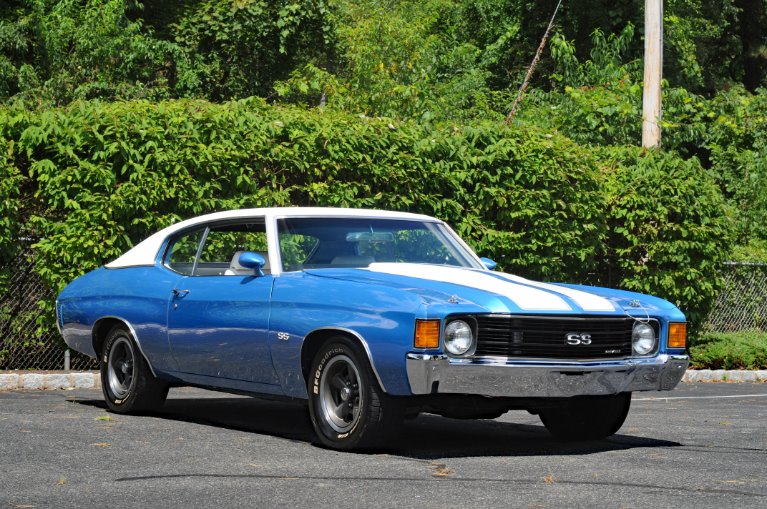 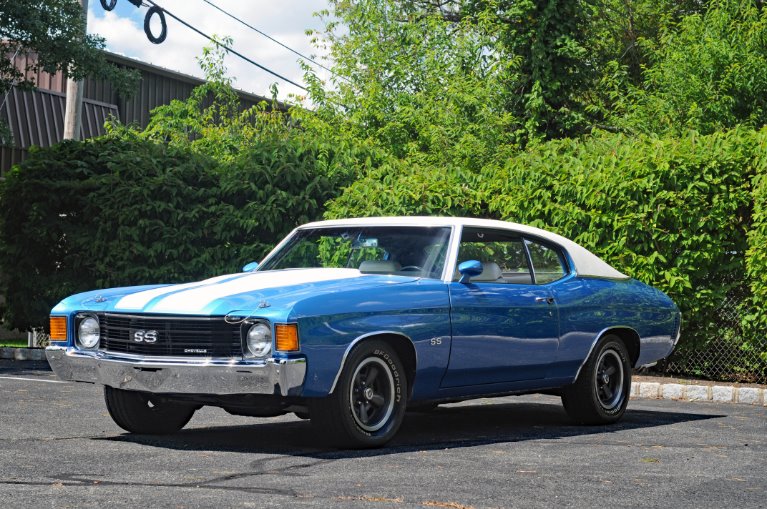 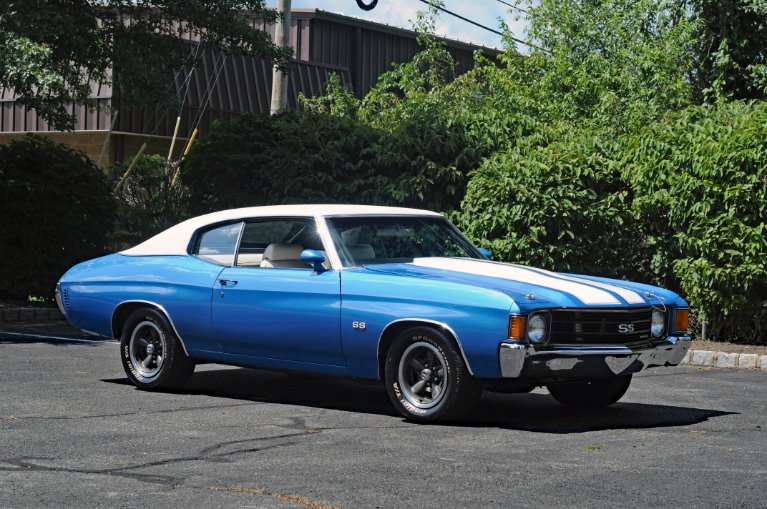 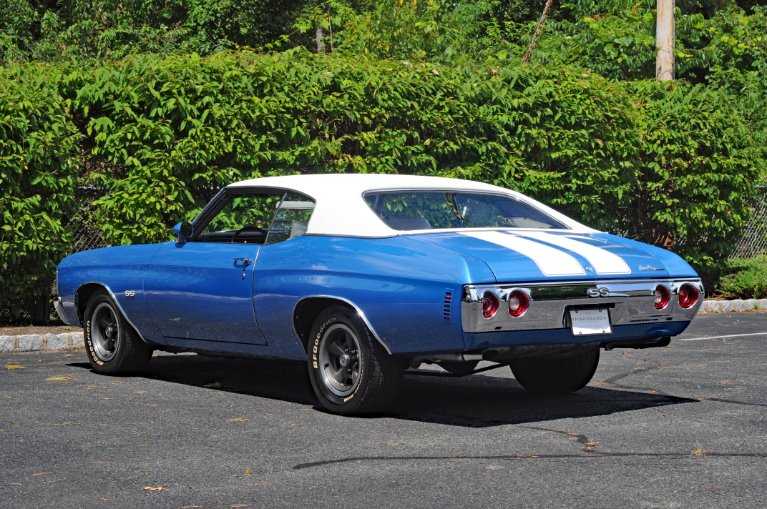 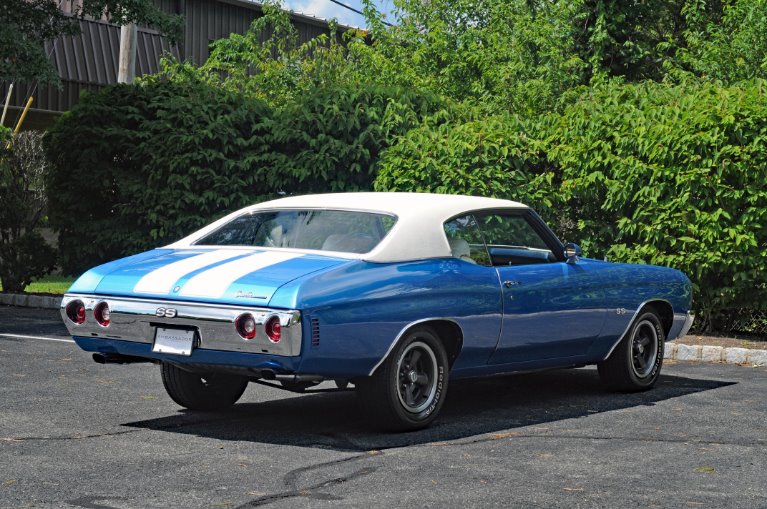