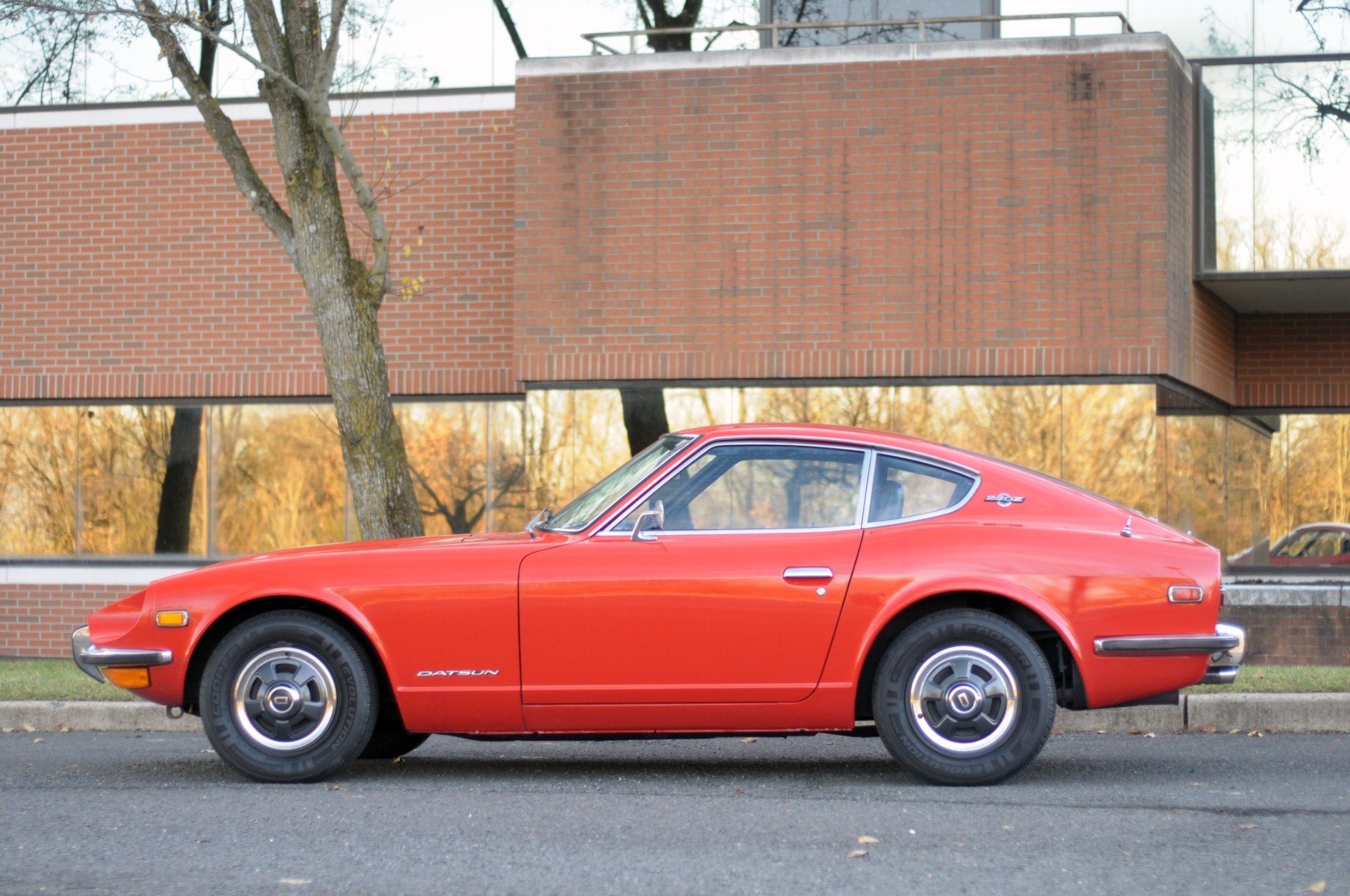 Print
Get More Information
Now available is this 1971 Datsun S30 240Z finished in Monte Carlo Red over a black vinyl interior. This example was acquired by Rod Schmitt (a well know automobile restorer for over 30 years in Alta Loma, CA) in 2019 from the original owner™s grandson, after being parked in a garage since 1986. A full mechanical restoration was subsequently performed including a rebuild of the L24 inline-six engine, four-speed manual gearbox, fuel system, and air-conditioning system, as well as replacements of the tires, shocks, clutch, and brakes. With a build date of 11/1970, this 240Z is one of the earlier examples produced for the U.S. market and is commonly referred to by enthusiasts as Series 1.  Now showing just over 34k miles on the 5-digit odometer.

Finished in Monte Carlo Red (905) with features specific to the Series 1 cars including 240Z badges on the c-pillars, horizontal vents in the rear hatch, and a rear defroster with vertical heating elements.  There is some light fading and various paint chips, with some scratches throughout the exterior which is all original with the exception of the driver™s side rocker panel is said to have been refinished by the previous owner.  This Z rides on original 14 steel wheels with early-model Datsun D hubcaps and Cooper Evolution Tour tires showing date codes from 2019.

The cabin is appointed with black vinyl trimmed bucket seats along with a matching dashboard, door panels, and carpeting. The interior is in excellent original condition with minimal signs of wear. A three-spoke wood-rimmed steering wheel sits ahead of a 160-MPH speedometer and 8k-RPM tachometer, with auxiliary gauges for coolant temperature, oil pressure, battery voltage, and fuel level.  The dealer-installed air conditioning system has been recently rebuilt and unfortunately, the analog clock is currently inoperable.

This 240Z is powered by a 2.4L L24 inline-six with dual Hitachi SU-type carburetors. As much as 151 HP and 146 lb.-ft of torque are sent to the rear wheels through a 4-speed manual transmission.  The L24 engine was rebuilt, bored .20 over, and fitted with a replacement oil pump, timing chain set, pistons, and bearings. The carburetors were also rebuilt along with a valve adjustment, fuel tank cleaning, radiator refurbishment, and the replacements of the intake valve seats, fuel tank sending unit, fuel lines, and vapor hoses. The transmission was rebuilt with replacement clutch components, synchro™s, and bearings. The suspension was overhauled with new KYB struts, bushings, ball joints, and tie rod ends. The undercarriage was also thoroughly detailed.  The mechanical work was carried out by a Red Schmitt a professional Datsun Z restorer and approximately 1500 miles have been driven since.  Images of the underside are provided in the gallery along with photos from the mechanical restoration. 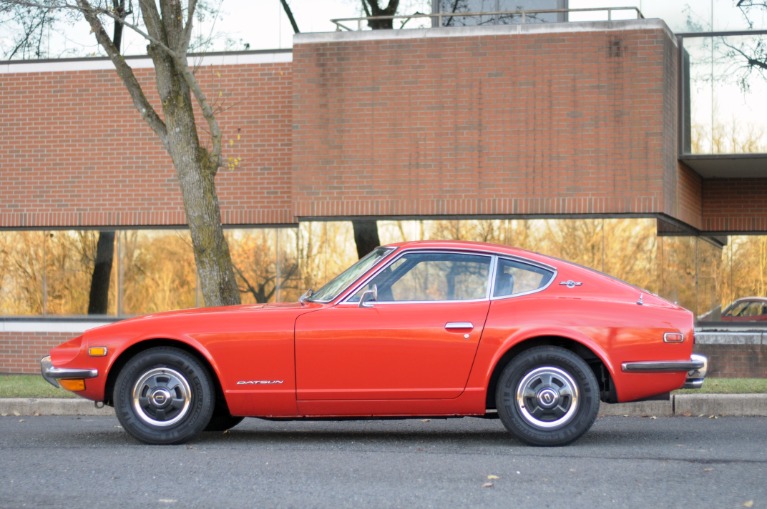 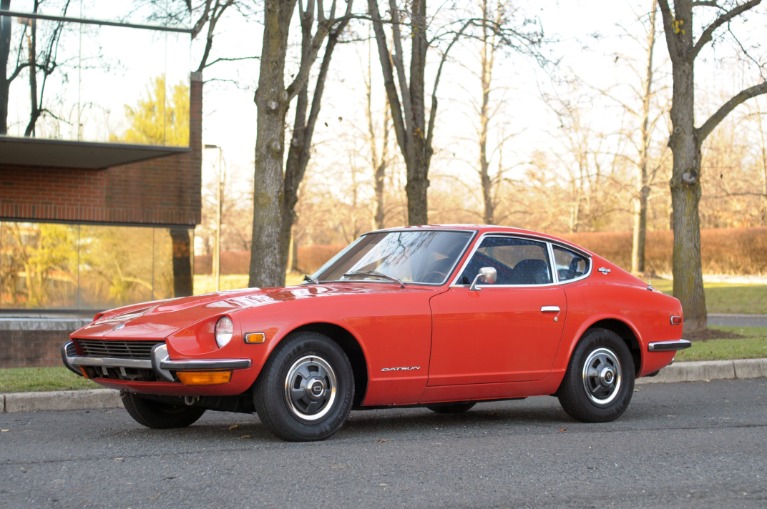 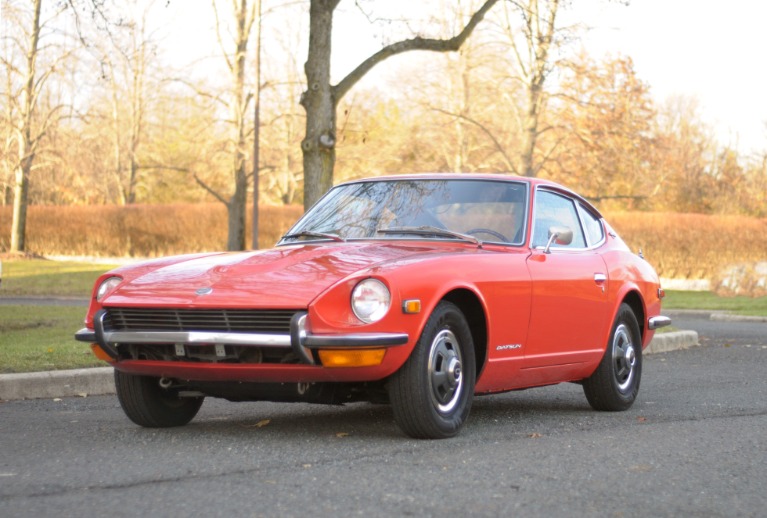 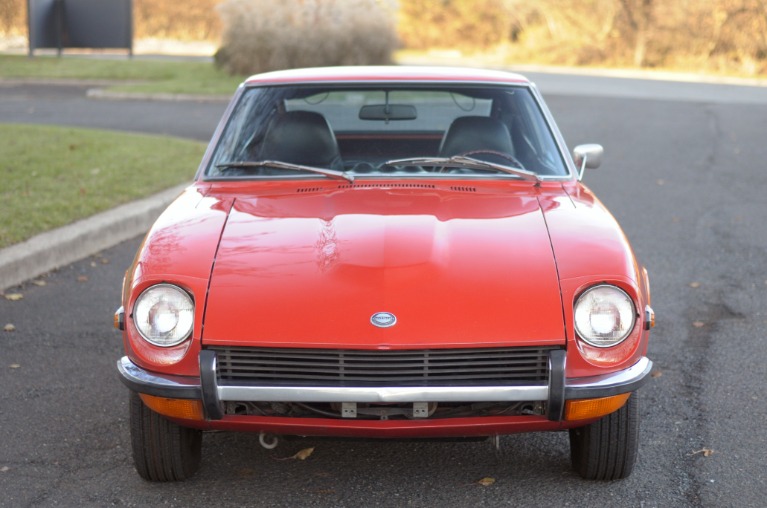 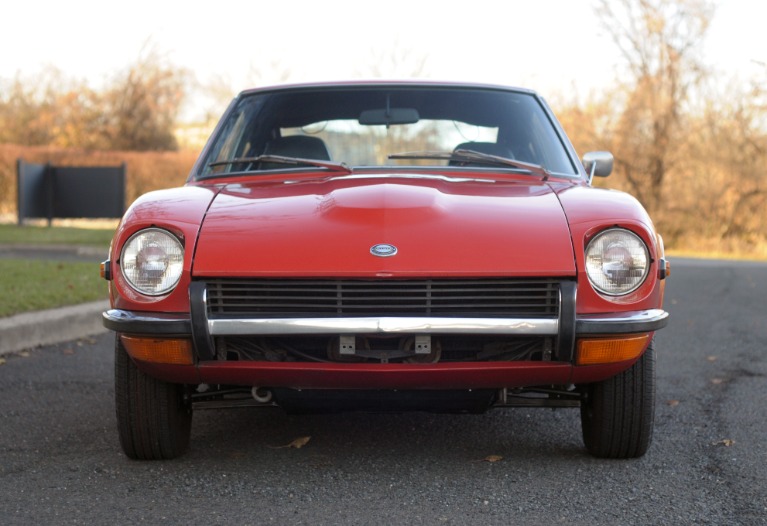 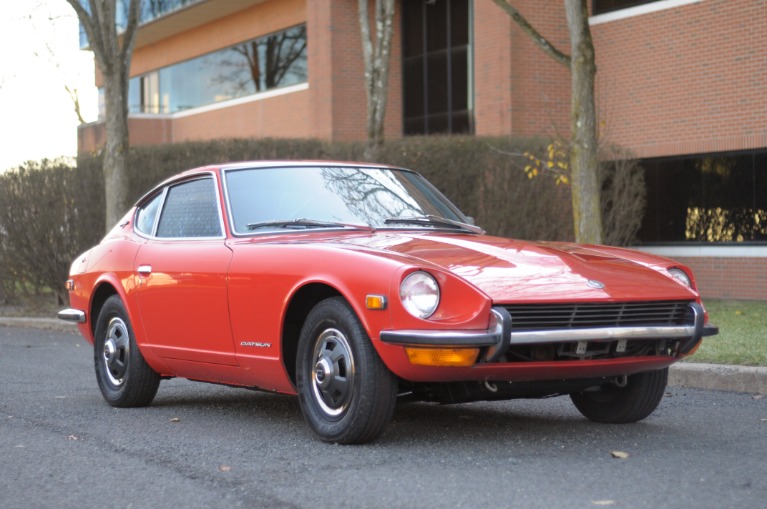 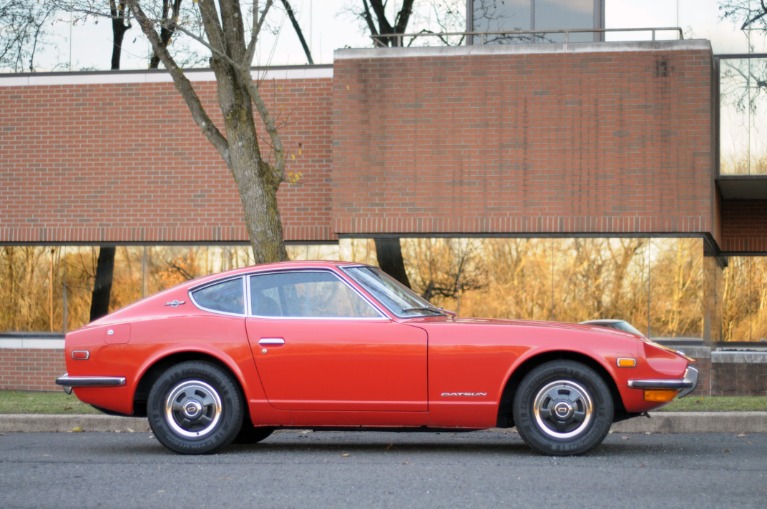